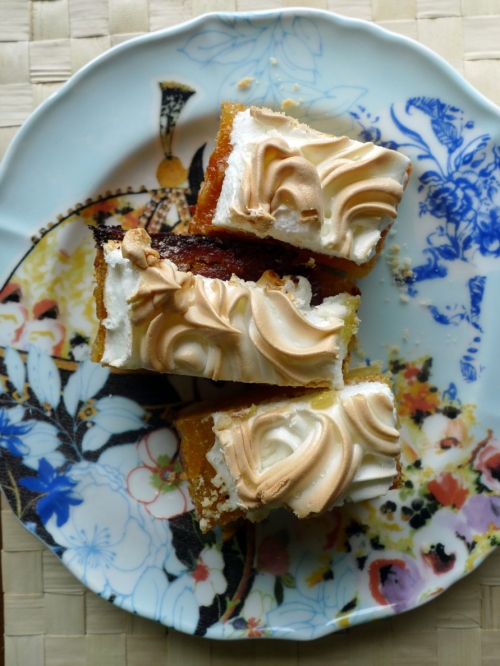 Today someone asked me why I didn’t want to be a fashion blogger since I’m obsessed with adding new things to be wardrobe all the time. I didn’t really know how to answer them. Do I like food more than I love pretty things? I love things; especially ones that make the usual me feel like SHAZAAAAMMM!!! me. Like those wide leg, high waisted flare jeans.

I came up with something half decent as she stared at me, waiting for an answer. 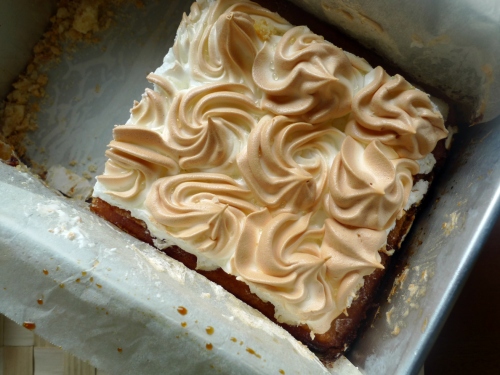 I don’t like taking full body photos of me and if I were to be a fashion blogger, that’s the sort I’d be. So see, it’s not that I didn’t want to…I couldn’t. Physical limitations.

Food on the other hand, can also get quite fussy. Thank goodness you can eat them after all the effort. It’s the washing up that realllyyy reeks. And the slaving over a hot stove part. You can’t win it all. 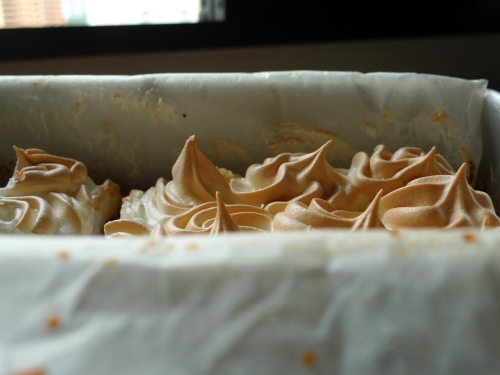 So I found a great way to satisfy my need to dress up and keep this blog going…super cute aprons! Don’t feel bad if you need to wear a string of pearls or have winged eye-liner on while you bake; I totally get what you mean. 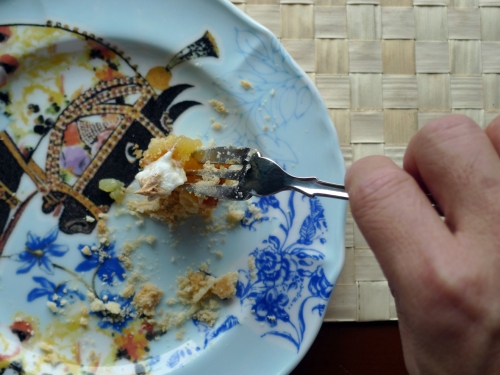 Dad went straight for it after the photos

Besides, you never know when company’s coming, especially if you’re going to be baking these succulent, buttery lemon meringe bars. You can’t possibly answer the door looking like that.

2) Dice butter into 2-inch cubes and place it in the freezer for 5 minutes while you gather the remaining ingredients.

3) Mix the flours, icing sugar and salt together.

4) Do this either in a food processor or a stand mixer fitted with a paddle attachment: Pour 1/2 of the flour mix and all the cold butter into the mixing bowl and (food processor) pulse on and off until the butter starts mingling with the flour. Add in the remaining flour and pulse until it comes together to form a dough. (Stand mixer) Do the same, but have the motor running on medium-low until you get a dough. Do not over mix. Place the mixture into the prepared pan and press firmly with your fingers, ensuring the dough covers the base of the pan and about 1/2 inch up the sides, to prevent filling from flowing over.

5) Place in the freezer for 10 minutes and bake for 20 minutes or until lightly golden. Remove from oven and pour filling over the base. Bake for another 20 minutes or until filling has just set. Top with meringue either by dolloping heaping spoonfuls over the lemon filling or piping it in swirls and stuff. Bake for 10 minutes. Remove from oven, cool completely before slicing. It’s even better when it’s been refrigerated for 3-4 hours.

1) Mix all the ingredients together and whisk well.

1) Place the egg white, sugar an cream of tartar in a bowl of a stand mixer. Place the bowl of a pot of simmering water and whisk constantly until an instant-read thermometer registers 60°C. It will look thick and foamy. Remove from pan and place bowl on the mixer and whisk on high speed until you get a glossy shiny meringue which holds stiff peaks. 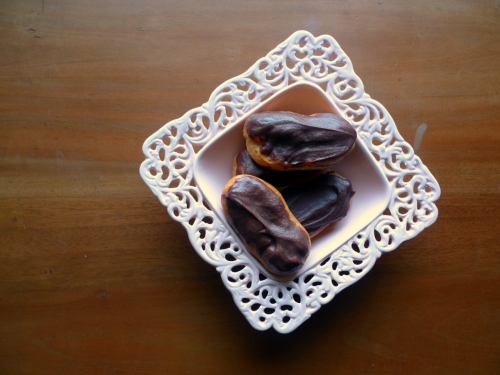 Do you ever feel that sometimes people want you to be afraid. They wish fear upon you and although they say otherwise, they mostly don’t ever mean for you to feel better. And fear seems to be a while lot easier to learn than un-learn. Bravery are for those who stand up and say “You know what? Just go away.”

Then will we be left alone? Without these someones around. Suddenly you feel that maybe fear’s okay, better than being alone. But what would the brave ones say?

Don’t know; I don’t have the answer yet. All I can do is make an attempt at doing something difficult, to raise my bravery status. I tried to make baked vegan doughnuts but that was a flop. Chocolate eclairs are a lot cooperative. They even keep creamy secrets. And the dunking of chocolate is therapeutic; so’s the eating too. 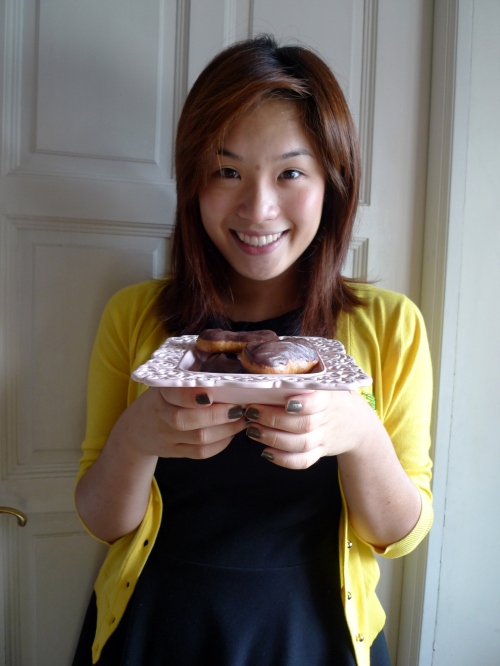 2) In a medium bowl, mix the flours and xantham gum together

3) In a medium saucepan, mix the butter, water and sugar together. Set over a medium flame and heat until butter is melted. Do not bring to a boil as the water will evaporate.

4) Immediately pour the flour mix into the butter mixture and stir to combine (I use a wooden spoon for this). It will come together in a ball and keep ‘roasting’ it by pushing the ball around the pan. Once you see an even film of coating over the bottom of the pan, remove the pot from heat and tip the dough into the bowl of a stand mixer. Using a paddle attachment, beat the dough for 2 minutes to cool it down.

5) Beat the eggs in one at a time. It will look like it’ll never come together and be smooth but it will after the addition of the last egg. Keep beating until you get a smooth custardy looking batter. Fill a piping bag fitted with a 12mm round tip and pipe 5cm logs on your baking paper. Bake for 15minutes before reducing the temperature to 160°C and bake for 25-30 minutes until it’s golden brown. This ensures the insides dry out properly.

6) Remove from tray and allow to cool completely before filling and dipping the tops into chocolate ganache.

1) Heat the milk in a medium sauce over a medium flame.

2) In another bowl, whisk the egg, egg yolk, flour and sugar together.

3) When the milk is almost at a boil, pour it slowly into the egg mixture, whisking constantly. Strain the mixture through a sieve back into the saucepan. Heat over a small-medium flame, whisking constantly until it starts to thicken (3-4 minutes). Once it resembles a watery custard, remove from heat, pour into a heatproof bowl, cover with plastic wrap touching the surface of the custard and allow to chill for 2-3 hours.

4) Once it’s completely chilled, whip the cream until firm peaks form. Fold it into the custard. Use it to fill the eclairs.

1) Heat the cream in a medium saucepan until almost boiling. Pour the cream into the chocolate in 2 additions, stirring gently between each once. Allow to cool to room temperature, until ganache is slightly firm but still liquid enough to coat the eclairs evenly.